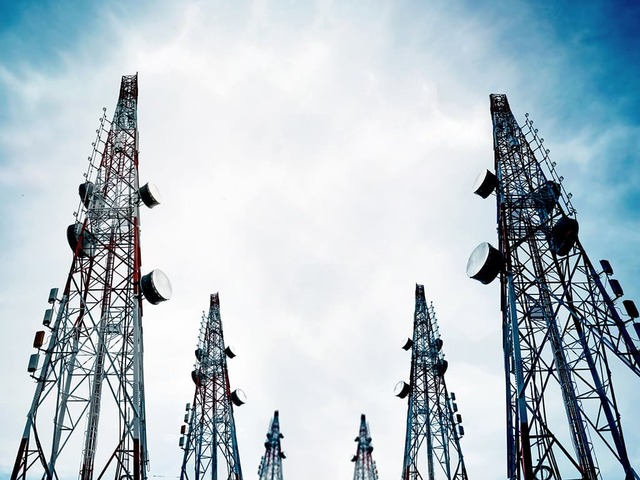 ISLAMABAD: Pakistan’s IT and Telecom sector is lagging behind its potential due to the Ministry of IT and Telecom’s inefficiency in building consensus on policy decisions among all stakeholders, coupled with the apathy of the Ministry of Finance, Federal Board of Revenue (FBR) and State Bank of Pakistan (FBR) to resolve outstanding issues.

This has been at the heart of substantive discussions with ministry officials, industry stakeholders and sector experts.

Talk to company registrar Federal Information Technology and Telecommunications Minister Amin-ul-Haque said there were several reasons for the sector’s underperformance, including the inability to resolve some outstanding issues in the sector by the Ministry of Finance, FBR and SBP.

“We are looking for incentives including tax streamlining for the sector in every budget but the Ministry of Finance is ignoring it,” the minister said, adding that FBR policies and some SBP rules are hampering the growth of IT exports. and increase export remittances through freelancers. He added that political instability as well as international market crisis are other reasons negatively affecting the sector.

He said there was a need to incentivize the sector in terms of tax relief capacity building to achieve the desired results.

Sources in the telecommunications sector told Business Recorder that the Ministry of Information Technology and Telecommunications, as the institution mandated to lead consensus on policy-level decisions to ensure the well-being of the IT sectors and telecommunications, has so far remained extremely ineffective in achieving the necessary stakeholder alignment. There has been no movement towards a decision to create a fiscal and operational space which is fully within the purview of the ministry and the regulator, namely the Pakistan Telecommunications Authority (PTA), the source said, adding that ‘As a result, the sector was continuously suffering and both the export value in the IT sector and the size of the sector as well as the attractiveness of investments in the telecommunications sector continued to decline.

The official said one of the measures agreed upon was to suspend contributions to the Universal Service Fund (USF) and R&D in addition to reversing the increase in withholding tax to provide fiscal space and cash flow support to the beleaguered industry. Not only that Ministry of IT and Telecommunications could not get the Ministry of Finance to favorably consider the justified tax proposal to grant relief to users, and even the contribution reduction proposal saw no movement.

In addition, all proposed measures to be taken by the PTA, including the moratorium on licensing requirements and measures to grant trade space to industry (e.g. inflation charges and price floors), were rejected. Thus, neither the economic measures nor the specific proposals of the ministry and the PTA have been adopted, the official added.

Industry experts have further claimed that the government has withdrawn the 100% tax credit scheme for computer and IT services exporters and introduced a reduced final tax rate of 0.25%. However, the heavy taxation of the IT sector and withholding tax (WHT) on goods and services along with the general sales tax (GST) on utilities etc. created cash flow problems and increased the cost of services.

The Pakistan Business Council (PBC) and the Global Mobile Industry Association (GSMA) have urged the government to urgently review the current set of policies and practices affecting digitalization and connectivity.

PBC said Pakistan needs a long-term integrated policy to promote digitalization and connectivity if it is to find a meaningful place in the knowledge economy. The GSMA, while addressing the Ministry of Information Technology and Telecommunications and the PTA, said that policy reforms and creation of the right regulatory framework are needed for Pakistan to become a digital nation. The PBC and GSMA, reacting to the current digital emergency in Pakistan triggered by challenges facing the telecommunications sector, say that if left unaddressed, they can tip the country into “the digital dark age”. “.

Aamir Ibrahim, CEO of Jazz and Chairman of the Telecommunications Sub-Committee of the Prime Minister’s Advisory Council on Computing and Digital Economy, said that if the country aspires to be a leading destination in terms of ease of Doing Business (EoDB), the way telecommunications companies are run, having an investment contribution of around $25 billion, tells a different story.

He cited a recent decision regarding the request of telecommunications companies for the conversion of electricity tariff from commercial to industrial. Although telecommunications was declared an industry by the government in 2004, and its industrial status has been validated by various ministries over the years, its towers and data centers are still subject to commercial tariffs on the same basis as restaurants, lounges and cinemas.

Aamir said telecommunications is a cross-industry enabler, building the digital highways, which facilitates value creation by other sectors. There is a worldwide consensus that digital infrastructure is no less than any other critical national asset. Unfortunately, in Pakistan, the industry is still seen as an opportunity to bridge short-term revenue gaps for the government, which consequently discourages a broader, longer-term policy agenda to expand universal coverage of top debit.

Although smartphone affordability is a major barrier to internet adoption, there is an Rs 11,000 duty on the most basic imported smartphone of around $100. At the same time, telecom users are taxed exorbitantly at 34.5% – one of the highest rates in the world.

Aamir said, “Some of the strongest economies in the world today are those with a robust digital economy that relies on telecommunications. Digital dividends such as a thriving startup ecosystem, exports of IT and cloud-based services IT, etc. all depend on the ubiquitous broadband connectivity provided by the industry.Although we have talked a lot about digital Pakistan, without the right policy interventions, we could actually be looking at a ‘digital dark age’.We need to act now with meaningful political action to ensure the future remains bright.