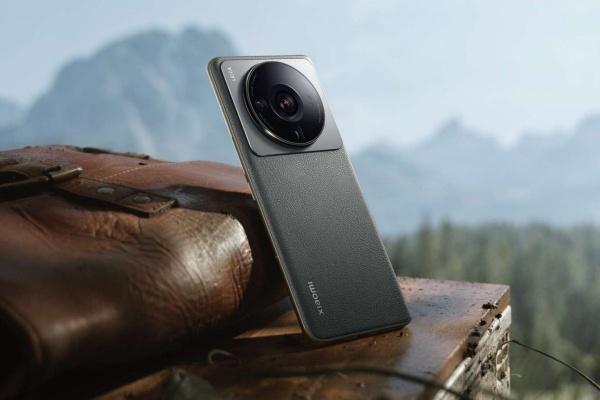 When Huawei’s mobile business was essentially crippled by US sanctions, it was assumed that Samsung would be the biggest beneficiary, after all, Huawei’s phone business was booming and on track to overtake Samsung as the number one phone manufacturer by market share. But while Samsung definitely appreciated the withdrawal of a rival that’s breathing down its neck, it seems Xiaomi came out of it having gained the most. The Beijing-based tech giant saw its smartphone shipments rise 69% in 2021, with revenue growing 54.7% year-on-year, according to its earnings report published on last year. It seems to be Xiaomi grabbing most of Huawei’s older mobile customers.

And now Xiaomi has also taken on Huawei’s former mobile imaging business partner. Shortly after Huawei announced that its partnership with German camera maker Leica was ending earlier this year, Xiaomi announced that it had entered into a multi-year “strategic partnership”, and the first Xiaomi phone to use this new Leica co-branding has arrived: the Xiaomi 12S Ultra.

Truth be told, Xiaomi’s Ultra phones have already been very well received by tech reviewers and consumers alike over the past couple of years, and this new 12S model brings cutting-edge camera technology that’s never been seen before – the Leica brand doesn’t is just the icing on the cake.

The main camera of the 12S Ultra is a new Sony IMX989 sensor co-developed by Sony and Xiaomi (Xiaomi has invested $15 million in R&D and development of the sensor). And it’s the largest sensor ever seen in a smartphone, at 1 inch. It’s worth mentioning that the actual IMX989 sensor isn’t a full inch in physical size, but this somewhat misleading marketing is a camera industry standard, not Xiaomi’s.

Either way, this visual graph showing the IMX989 alongside other leading smartphone sensors really puts the size difference into perspective.

Why a larger sensor is important

In mobile photography, we often hear phone brands tout megapixel count or aperture size, and while both factors can help improve image quality, the most important hardware factor is the sensor size, because the larger the image sensor, the more light it absorbs. And in digital photography, light is absolutely the most important factor.

The Xiaomi 12S Ultra having a larger sensor compared to something like an iPhone 13 Pro Max or even Samsung’s top dog S22 Ultra means the Xiaomi phone can still pick up more light information, which includes dynamic range and details. It also helps give Xiaomi’s camera a shallower depth of field for a professional bokeh look. For example, note in the collage below, Xiaomi’s image has a stronger focus drop, separating not only the 360 ​​camera from the background wall, but also the wallet and phone.

So where does Leica come from? Well, it helped Xiaomi fine-tune the color treatment, resulting in that iconic contrasting Leica look with deep shadows and bright reds.

By the way, you can disable this Leica watermark tag at the bottom of the images – it’s actually disabled by default. I just enabled it for these sets during testing.

There are many more photo and video samples in the video below.

Everything else about the Xiaomi 12S Ultra is also a premium flagship. The 12S Ultra features a 6.7-inch 120Hz OLED display with a variable refresh rate between 1Hz and 120Hz, and it’s powered by the all-new Qualcomm Snapdragon 8 Plus Gen 1 chip which is significantly more power efficient than the standard Snapdragon 8 Gen 1.

The back of the phone has that leatherette finish that gives it a bit of class, and the chunky camera module is enveloped by a 24k gold ring.

There’s also a very good 5X periscope zoom lens and an ultra-wide camera that captures panoramic landscape shots. But it’s ultimately about that primary camera, with its massive image sensor. Night shots are crisp and remarkably quiet, even without the need for night mode.

China only for now unfortunately

The Xiaomi 12S Ultra is unfortunately only sold in the mainland China market for now, but the price is very attractive at around the equivalent of $900, which has made importing the phone an option. appealing to phone fans.

Either way, the Xiaomi 12S Ultra is Xiaomi flexing its hardware prowess and even signaling to mainstream US tech outlets that don’t often cover Xiaomi that this phone camera is legitimately “incredible”, at least on a hardware level.

Increasing the size of the camera’s image sensor is the next frontier that smartphones are venturing into (Apple, for example, did a lot to increase the sensor size of the iPhone 13 in the year last when commercialized), and Xiaomi has paved the way on which other brands will surely follow.