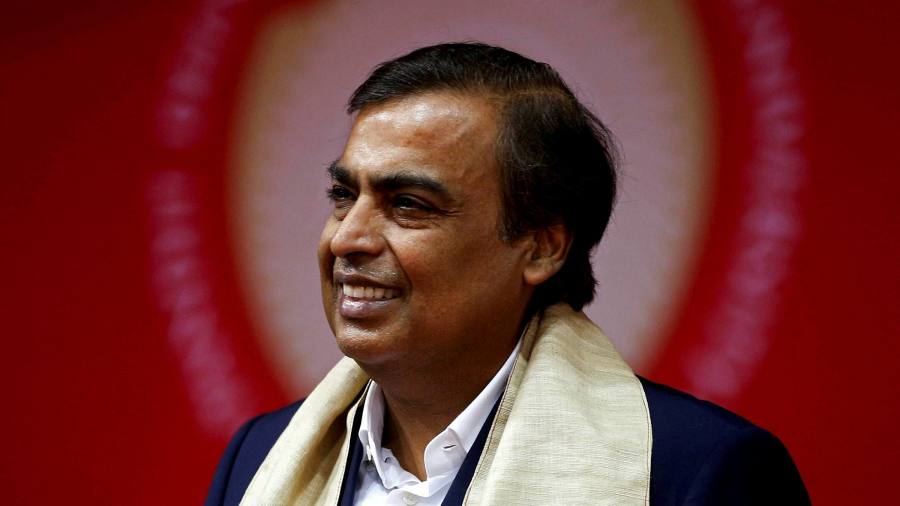 Indian tycoon Mukesh Ambani’s Reliance Industries spent nearly $1 billion in the first quarter of this year on investments in renewable energy, fashion and e-commerce companies as the conglomerate strives to diversify away from the fossil fuels.

India’s largest listed company is increasingly betting on acquisitions to fuel its expansion and take on Gautam Adani, an industrialist with one of the country’s largest renewable energy portfolios. It also fends off challenges from Amazon and Walmart-owned Flipkart in the retail space.

Reliance’s deals in the first quarter of the year hit a three-year high of 10 deals, according to Refinitiv data. Two of those deals, with a combined value of around $330 million, were to bolster Reliance Retail’s e-commerce platform, with investments in delivery startup Dunzo and robotics company Addverb, which will should help Reliance automate its warehouses.

Reliance Industries reported annual revenue of $102 billion on Friday, a record for an Indian company. In the quarter ended March, it posted net profit attributable to business owners of 162 billion rupees ($2.1 billion), a 22.5% increase from the same period last year the latter which was still missing from analysts’ forecasts.

“It’s been a significant shift in strategy over the last three or four years, where they’ve been more than happy to acquire capabilities, technologies or infrastructure that they don’t have themselves.”

Sen added that Reliance could fund huge tech bets with its triple B plus credit rating – better than India’s sovereign rating of triple B minus. He said Ambani enjoys “absolute carte blanche” from investors “not really paying attention to short-term yield ratios.”

The group’s biggest investments last year came from Reliance Industries, which houses the oil and petrochemicals unit that has traditionally generated the conglomerate’s profits. Last June, it launched an ambitious $10 billion investment plan to diversify away from fossil fuels.

Ambani said Reliance plans to build four gigafactories on 5,000 acres at its Jamnagar refinery complex in Gujarat to manufacture solar panels, batteries for energy storage, electrolysers to produce hydrogen and fuel cells to convert it. These are meant to help offset emissions from its fossil fuel business, after Reliance pledged in 2020 to become “net zero carbon” by 2035.

Sodium-ion battery designer and manufacturer Faradion was one of Reliance Industries’ biggest acquisitions in 2021, at £100m, plus £25m of investment. Reliance intends to use technology from UK-based Faradion in its battery factory to store energy, with the aim of making batteries for use in vehicles.

Faradion had not initially sought redemption. “We were more in the process of managing a fundraising or investment process and then from there [Reliance] wowed my investors with an attractive offer,” said Faradion Managing Director James Quinn. Reliance “moved very, very fast,” Quinn recalls. “I think from term sheet to signing it took about 45 days.”

The deal made sense for both parties, Quinn said. “What Faradion does really well is innovate and advance technology. What Reliance can do really well is large-scale industrialization, building very large factories and doing it profitably.

Although Reliance Industries spent the most money in 2021, subsidiaries Reliance Retail and telecommunications unit Jio also made acquisitions.

In January, the venture capital arm of Reliance Retail paid $200 million for a 25.8% stake in Dunzo, the e-commerce delivery company. While Reliance Retail is already India’s largest retailer, it wants to sell more merchandise online.

“We believe there is massive collaboration that we can do right in Reliance Retail’s supply chain,” said Kabeer Biswas, co-founder of Dunzo.

“For every dollar of gross value of goods we transport, 30-40% could come directly from Reliance Retail’s supply pipeline.”