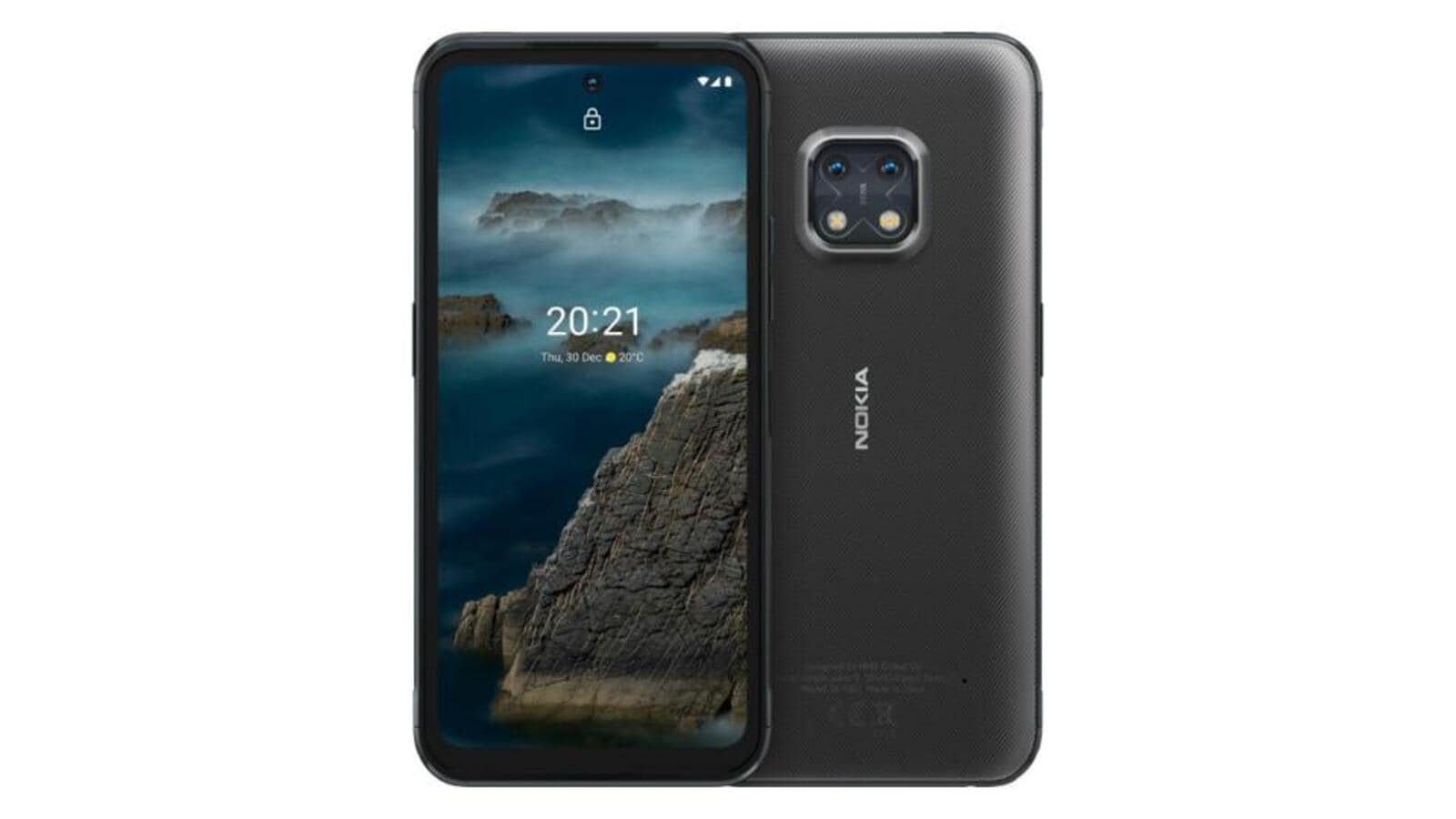 Not all phones can survive a drop. Nokia phones from the bygone era are known for their ruggedness. Accidentally throw them down a flight of stairs, carelessly drop a table, or absentmindedly drop them into a well, and chances are they’ll survive without even a scratch. The same couldn’t be said for many other phones, with the possible exception of some BlackBerry phones.

There’s an attempt by Nokia to bring back those days of carefree phone use, with the Nokia XR20. Still, you have to stop and consider the price and how important toughness is to you. As you ponder, keep this in mind— ₹46,999.

Before you have visions of a phone that looks like a brick, with thicker padding around all four edges of the frame, hold on. Nokia has done the visual lines pretty well while giving the innards some serious padding. It will be a bit thicker and heavier than your regular Android phone, but you can think of it as a phone with a case, except it’s built into the case. The robust aspect does not prevent it from looking good.

But this is where things get a little complicated. The price of ₹46,999 takes us into the territory of the OnePlus 9 series, the Samsung Galaxy S20 FE, the Xiaomi Mi 11X Pro 5G, and the Vivo X70 Pro. By comparison, the XR20 feels like it’s bringing a knife to a gunfight, with the Qualcomm Snapdragon 480 5G processor, 6GB of RAM and 128GB of storage.

All of the alternatives mentioned here have 8GB of RAM, which just helps with long-term performance, and comparatively much more powerful processors, which is good for longevity. It’s not in the same league. Except none of the rivals are as rugged as this one. It gets really complicated.

The biggest worry with the Nokia XR20 is whether it can maintain its balance of performance. It does not follow the rivals on the technical sheet which is already well established. But can it handle the application and multitasking load that you would regularly put on it. It’s quite nice that the Snapdragon 480 5G manages to pull a considerable charge before you start noticing the virtual ceiling looming on the horizon.

Most apps open pretty quickly and can keep up with a bunch of apps being switched at the same time. Still, you can’t ignore the occasional slowdown and sporadic appearance of choppy transitions when using apps.

The Nokia XR20 is designed to be compatible with the military standard MIL-STD-810H and the polymer composite joins the aluminum frame and the aluminum rear panel. You’ll also notice the impact-dissipating bumpers on the corners, which should further prevent impact from running the length of the phone in case it crashes into concrete.

On the front is the Corning Gorilla Glass Victus, which is Corning’s latest and something Android flagship phones should have by now. Not that the screen won’t shatter if you’re unlucky, just that it’s more resistant to that, as well as scratches and bumps.

The 6.67 inch size makes it a comfortable screen for reading and viewing media. It’s bright, feels sufficiently vivid, and doesn’t lack sharpness. The resolution is 2400 x 1080, which is incidentally in the range of 2376 x 1080 pixels of the Vivo X70 for this 6.56-inch screen. Peak brightness is rated at 550 nits – in the real world this can hold up under sunlight and can cancel out most glare. This is an ordinary LCD screen, and may not really match OLED screens.

The two cameras on the back are a 48-megapixel wide and main camera as well as a 13-megapixel ultra-wide camera. As you’d expect in a Nokia phone, the optimizations are done by Zeiss (as they’ve been doing for years now). Keep in mind that the shutter speed isn’t exactly fast, and you’ll need to hold the pose for an extra second while the camera processes the image you’ve just taken.

The photographs are a case of two separate halves. Daytime and good-light photos are vibrant and there’s a genuine attempt to reproduce the finer details too. The dynamic range could have been a little better, perhaps an observation accentuated by blacks not as deep as we would have liked. Low-light photos depend more on your patience – switching to the higher-resolution 48-megapixel mode helps extract more data for image processing.

The Nokia XR20 has no parallel in the Android smartphone space. It’s not a flagship Android phone, although it’s sold as one. There’s no phone quite as rugged as this, although it doesn’t have a superphone price tag either. You would really stand out in the crowd if you chose the Nokia XR20 over everything else.

It could have had a more acceptable price because as things stand you are forced to think about the premium you would want to pay for ruggedness assurance. Still, for what it promises to do, the Nokia XR20 doesn’t shy away from delivering. A phone that’s not afraid to drop and rise again.