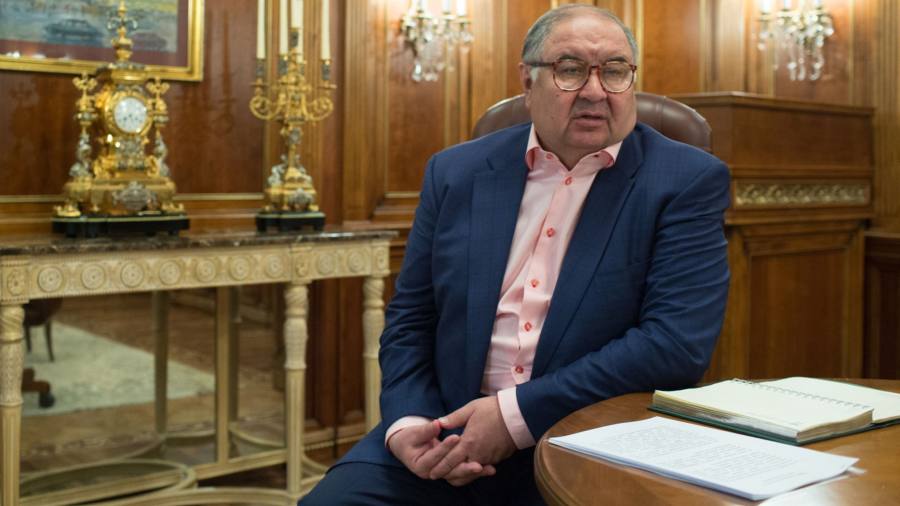 German police have raided the offices of Swiss bank UBS as part of a money laundering investigation into Uzbek-born Russian billionaire Alisher Usmanov.

UBS branches in Frankfurt and Munich were raided on Tuesday morning, state prosecutors confirmed to the Financial Times.

“The subject of the investigation is the initial suspicion of money laundering against a businessman from the Russian Federation. The investigations do not target the bank concerned or its employees,” the Frankfurt public prosecutor’s office said.

Speaking on condition of anonymity, German officials said Usmanov was the target of Tuesday’s raids, which were reported for the first time by Der Spiegel.

Usmanov, 69, is one of the world’s richest men, with an estimated fortune of more than $19.5 billion, earned through a business empire with stakes in some of the biggest mining companies , industrial and telecommunications of Russia.

As well as being the owner of the largest superyacht ever built, the $600 million Dilbar, his assets include stakes in English Premier League soccer clubs Arsenal and Everton. He was a major shareholder in Apple, Facebook and Twitter.

After Russia invasion of ukraine began in February, Usmanov was one of the first Russian businessmen to be hit by Western sanctions, thanks to his close ties to the Kremlin.

The EU described him as “one of Vladimir Putin’s favorite oligarchs”. Usmanov has launched legal proceedings in Europe to challenge the measures taken against him. These attempts have so far been unsuccessful, although the EU lifted sanctions against one of its sisters in September.

“We categorically reject any allegations of money laundering or tax evasion by Alisher Usmanov,” a spokesman for Usmanov said Tuesday.

“These claims are unfounded, false and slanderous to his honor and reputation. Mr. Usmanov is an honest and law-abiding taxpayer, who has paid all taxes due in Russia. He is also recognized as one of the most generous philanthropists in the world.

UBS did not respond to a request for comment.

The searches of the bank’s premises in Frankfurt and Munich follow two raids in September – involving more than 250 police officers – at properties belonging to Usmanov in Bavaria.

Prosecutors at the time said they were part of an investigation into the use of complex offshore holding companies to conceal illicit financial flows worth millions of euros.

Usmanov’s European and American assets have been frozen since the start of the war following the sanctions against him. In March, the 156 meter long Dilbar was seized by German authorities in Hamburg, where it was being renovated.

For months, Usmanov has been in the crosshairs of a special task force set up by the German government to investigate the legality of Russian oligarchs’ assets in the country and trigger police interventions when possible.

Usmanov also owns properties in the UK, including the £48million Beechwood House in the north London suburb of Highgate, and Sutton Place, the Tudor mansion in Surrey formerly owned by the billionaire industrialist J Paul Getty.