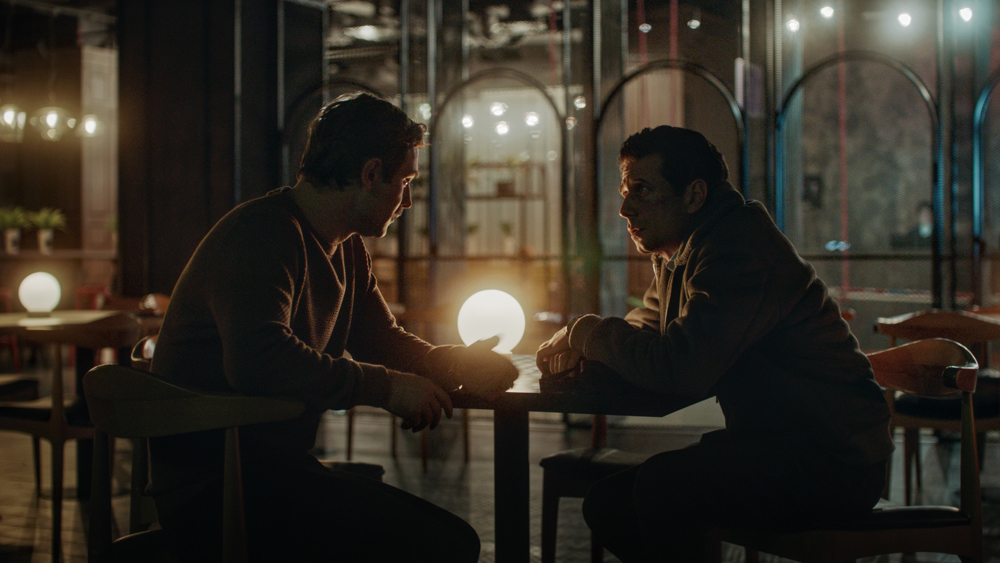 When it comes to creative pedigree, it would be hard to argue with the bona fide Bosnian crime drama “The Hollow,” which was co-created by Oscar-winning director Danis Tanović (“No Man’s Land”) and had a splashy premiere. Saturday night at the Sarajevo Film Festival. The series is directed by Tanović and Bosnian filmmaker Aida Begić, whose latest feature, “A Ballad,” also received the red carpet treatment this week in Official Competition Sarajevo.

More than just a prestige drama from a region that increasingly exports its shows around the world, “The Hollow” could represent a paradigm shift in countries of the former Yugoslavia, where global streaming services have acquired titles such as “The Paper” (Netflix) and “The Silence” (HBO Max) but have not yet invested significantly in local production.

“The Hollow” marks the first foray into original drama from BH Telecom in Bosnia, which plans to inject 27 million marks ($14 million) into local content by the end of 2024, according to CEO Sedin Kahriman . Speaking at a showcase of BH Telecom’s new content in Sarajevo on Tuesday, Kahriman said the investment marks the company’s determination to become “the strongest national platform for content production” in the world. the tiny Balkan nation, with a slate of premium series in production and development – ​​including “I Know How You Breathe,” a crime drama from Oscar nominee Jasmila Žbanić (“Quo Vadis, Aida?”) – aimed at the international market .

It’s a sign of the growing influence of telecoms on the region’s screen industries that the Sarajevo Film Festival has set aside two sessions this week for BH Telecom and Serbian powerhouse Telekom Srbija to present their slates to guests. Of the industry.

On Monday, the state-backed Serbian telecommunications giant previewed six upcoming series in Sarajevo, including crime thriller “Pasjača” from creators Dejan Prčić, Dunja Ilić and Milica Jevtić, and comedy-drama “Walking With a Lion” from the writer Andrej Šepetkovsky. That night, he premiered the first two episodes of “The Fall,” a new crime drama produced by Firefly Productions of Serbia.

Since launching into feature film and television production in 2018, Telekom Srbija has produced over 850 hours of original content, securing deals with global players such as Flix Latino in South America, Globo Play in Brazil and Disney+ Hotstar in India.

Its headline titles for the overseas market include the psychological thriller ‘Black Wedding’, produced by Firefly, and ‘Besa’, an Anglo-Serbian crime drama from Adrenalin and Red Planet Pictures, both of which racked up a slew of nominations – including Best Drama Series – at this week’s Heart of Sarajevo TV Awards.

Production is currently underway on 11 titles across a range of genres, with the company’s head of production, Jasmina Lakobrija, insisting that a diverse slate of local content offerings is key to growing the base of content. telecommunications subscribers. “We strongly believe that the future of telecommunications lies in aggregation and in the customer’s need for high quality and diverse content,” said Lakobrija.

BH Telecom’s Kahriman echoed that sentiment, citing Bosnia’s rich cinematic tradition and telling Variety: “We believe in the idea that content is a tangible advantage” over the company’s competitors.

For creatives in the region, such beliefs are a game-changer, according to Amra Bakšić Čamo, producer and co-creator of “The Hollow”. “We always wanted to venture into the playoffs, but it was impossible before this opportunity that we have for [BH Telecom’s] BH Content Lab,” she said.

The veteran producer said the company’s initial slate of offerings “set the tone” for its future plans, which will create opportunities not just for iconic filmmakers like Tanović and Žbanić, but for a generation of emerging creators. “It’s not just about the money,” she said, citing the freedom she and Tanović had to produce a show that lived up to their creative ambitions.

Čamo is developing the sitcom “Prince From LA” for BH Telecom, and is also in talks to produce series with Slovenian and Croatian partners – possibilities that did not exist just a few years ago, when the industry was entirely dependent on money short local broadcasters. “Indie producers only working on scripted content, we couldn’t push ourselves,” she said.

With the financial muscle of local telecommunications behind them, producers like Čamo can approach overseas partners with domestic financing and distribution in place, a guarantee that opens up a range of collaboration opportunities across the region. “It’s something that puts you in a position [as a producer] to change the way we operate.